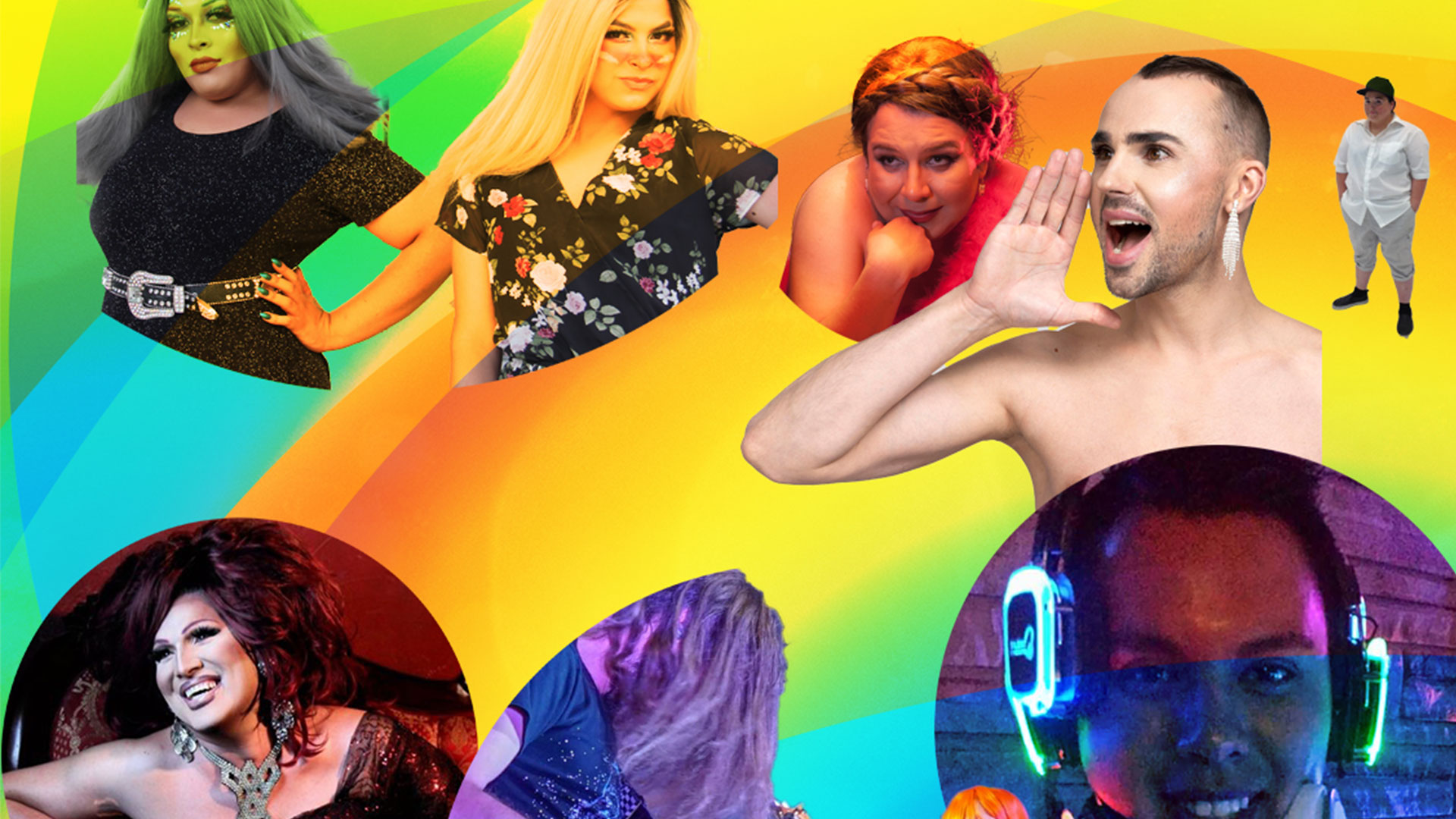 After a pandemic inspired-hiatus in 2020, Taos Pride is back to present some of the gayest events ever in Taos.

In 2010, Gay Pride Taos founder Robert Quintana wanted to bring a real sense of gay celebration and joy to his hometown. While 2020 would have marked the 10th anniversary of the modern LGBTQIA+ celebrations in our area … things really didn’t work out in the world to allow that to happen.

This year, there are three days of events planned in the heart of our community.

The kickoff event will be at Revolt Gallery on Thursday, August 5. Owner Steven McFarland and artist Laurel Taylor are collaborating with Taos Pride and several other groups to spark a youth centric, all ages event. Teen drag performers from Taos and Santa Fe will strut their way down the beautiful boardwalk. It will be a celebration of queer and trans visibililty. Local drag performer JOJO first took the stage for Taos Pride in 2018 and is excited to walk the runway again. There will also be a young romantic poetry reading and musical performances by Banjo Billy, including dance and chill beats by local DJs. Doors to the event open at 6 p.m.

Returning to Pride is the Taos Pride Short Film Festival – 26 short films packaged into one night of screenings. One of the most validating feelings is seeing your community on screen or having your story told. The LGBTQIA+ community has been represented in modern media to a degree, but it typically is not shown as a raw reality. When a global corporation celebrates your existence with one hand, but with the other hand can’t risk acknowledging you in its current movie without fear of losing international sales … things aren’t quite as rosy as they seem. The film festival is a rare opportunity to see queer stories created by queer filmakers. Films in the 6 p.m. screening are suitable for most audiences. Films chosen for the 8 p.m. screening are a bit more revealing.

Saturday is home to two main events: The brand new Pride on the Plaza and the remarkable Gayest Drag Show Ever at the Alley Cantina. This year, Pride comes to Taos Plaza with featured guest Katy P and the Business playing from the gazebo. We intend to throw the most colorful and joyful public dance party Taos has seen in a while. Mixed through the afternoon will be drag performances from local queens. Please bring single dollars to cheer on their work for this free event. There will be a mix of bands and entertainers leading up to the headliners. Event starts at 6 p.m. and runs through 9 p.m.

The Gayest Drag Show Ever is returning to the Alley Cantina. This is a night to dance and experience dramatic drag performers from across the Southwest. The ravishing Emologie Raven will lead her troup of four drag starlets through the night. This will be Emologie’s second appearance with Taos Pride. Also headlining that night will be Donnie Dee Jay, a Native American dance and club DJ with an international following. He will bring the beats, lights, and revolutionary spirit to Taos for one night only. The show gets started at 10 p.m. at the Alley Cantina and runs through the night. There will be a cover charge at the door.

GAYEST DRAG SHOW EVER! On August 7 from 10 p.m. to close
The Alley Cantina, 121 Teresina Ln
PAY TO ENTER