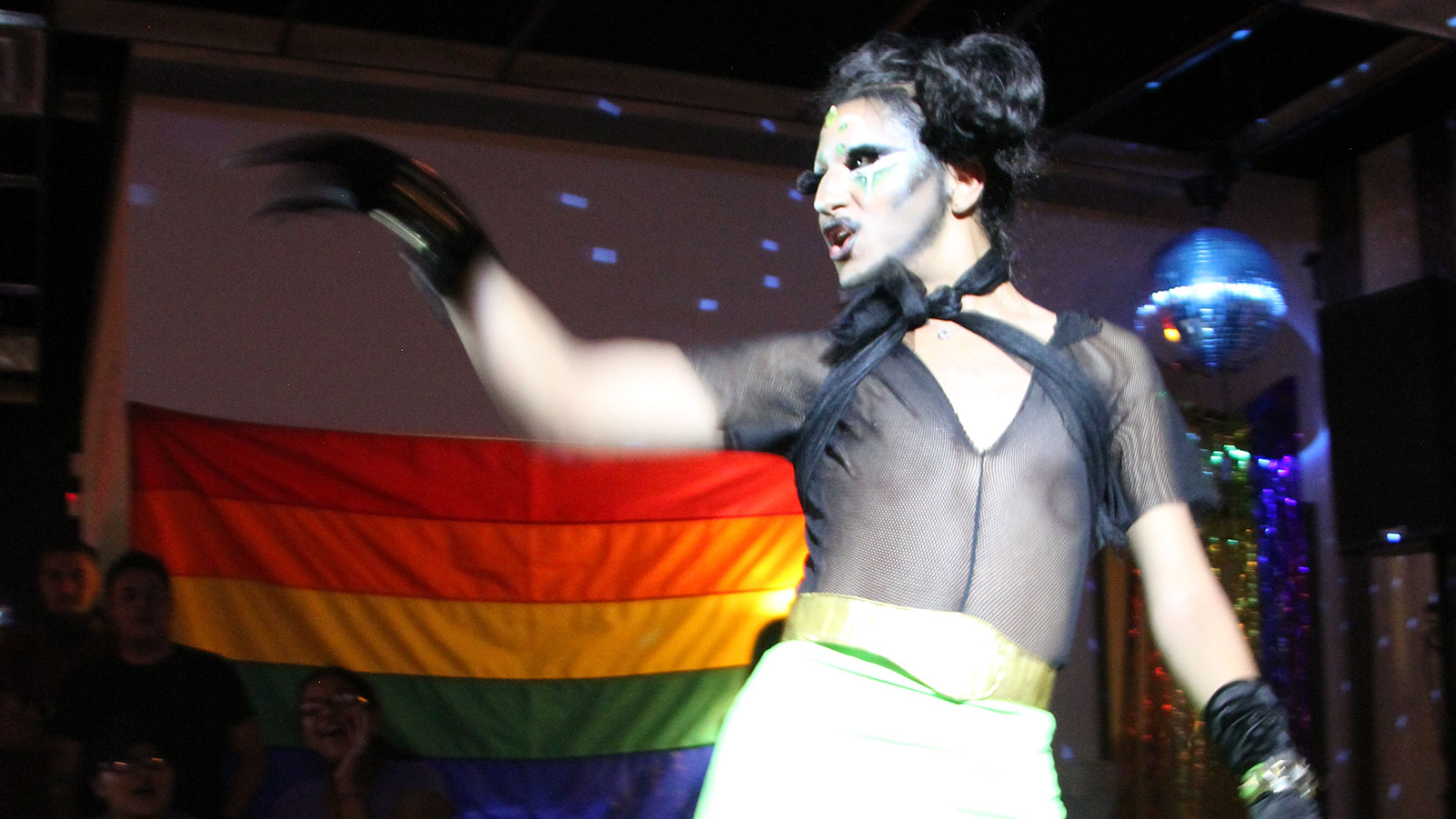 Original article by Carolyn Carlson at The Paper.

Biro Walters was born and raised in San Francisco and came to the University of New Mexico to do her dissertation, which ended up being on the history of gays and lesbians in New Mexico. Her paper titled Uncommon Knowledge—A History of Queer New Mexico 1920s-1980s is set to be a book soon.

Walters said in an interview with The Paper., from her assistant history professor job at Wooster College in Ohio, that she became interested in the famed New Mexican artist R.C. Gorman while working on his papers as an incoming grad student. She learned that Gorman moved to San Francisco to come out before coming out to his family here. Gorman’s sister shared the coming-out letter the artist wrote to his father with her. This made Walters think about what it must be like to be LGBTQ in a rural environment. What she found was that New Mexico has had a long legacy of tolerance for LGBTQ people connected to the state’s rich artistic history and geography and artistic communities.

“The stark and beautiful landscape of the state has long inspired the diverse peoples of the region to make art and literature that evinced their sense of sociocultural distinctiveness,” Biro Walters said. “Two-Spirit pueblo potters and Navajo weavers created the earliest pieces of queer art. By the 1920s Taos’ and Santa Fe’s reputations as art colonies influenced the migration of white gay and lesbian artists and writers to forge networks among themselves—the rural desert landscape, land communes, bohemian art circles and university classrooms, for example.”

Walters interviewed more than 30 people for her dissertation/book, with all of them inspiring her in one way or another. One inspired her to become ordained to perform marriage ceremonies, which she did for her brother and his husband. She said one surprising fact she learned is that New Mexico has ranked as first in the nation for the highest concentration of Latinx same-sex couples and in the top 10 for same sex couples. “Clearly, members of the LGBTQ+ community continue to gravitate toward the state and have place-made fulfilling lives in the high desert,” Walters said.

PJ Sedillo is a professor in the Special and Gifted Education Department at New Mexico Highlands University. Sedillo wrote the book, Solidarity Through Pride—40 years of GLBT Pride In Albuquerque 1976-2016. His book looks at how Albuquerque’s most colorful celebration came about, the struggles and the successes.

Sedillo says that Albuquerque’s first Pride march was the summer of 1976, seven years after the Stonewall Riots in Greenwich Village that launched the Gay Pride marches across the United States. After the march some of the protesters gathered at Morningside Park, which has since become the location of an opening night candlelight vigil.

Sedillo said, in these early days, there were about 100 people marching. Some spectators would throw eggs and hurl insults. By 1989, when Sedillo joined the marches, there were several hundred marching in the parade. He recalls hiding from the reporters covering the event for fear he would be fired from his teaching job. He worked hard to change school district policy for other educators. In the early 1990s, Sedillo took an active role in making sure the Burque Pride events were sustainable by working to form a nonprofit to carry it forward. He has since passed the responsibility for Albuquerque Pride and helps organize the Los Ranchos de Albuquerque annual Pride event.

We also talked with Sedillo about where LGBTQs in Albuquerque may have hung out over the decades. Sedillo said the road to unity has been rocky at points. There were times he said where gay males and lesbians didn’t always get along with each other. But, he said, as time went by, Burque’s gay and lesbian community, along with all the Pride participants, became a unified force.

Some of the historic social gathering places where LGBTQ people felt comfortable over the decades include: in the way back days, the old yet elegant Franciscan and Alvarado Hotel bars and the Old Hilton hotels, the LimeLight, Adam’s Den, the Pulse, Heights Bar (which became the Social Club), the Downtown Newsroom, Crickets, the Rusty Cork, Foxes Booze and Cruise, Okie Joe’s, Pelican Bar, Climax Voyager, Nines (a.k.a. Albuquerque Mining Company), Champagne Taste, Exhale, Gulp and Graze, the Ranch and Cuffs (which morphed into Sidewinders), to name some of the most popular. Sedillo said that many other entertainment venues also welcomed LGBTQ folks, yet were not known as “gay or lesbian.” Sedillo said it appears the late 1980s early 1990s were when there was the highest number of bars known to be for LGBTQ patronage. These days the only remaining bars are Sidewinders and the Effex Dance and Nightclub. The city’s oldest established gay bar, the Albuquerque Social Club, is trying to fundraise to get itself back to good after the pandemic.